1. Over at GUTS3, Kwiggle won the DOA5 Ultimate tournament. However, since he was already qualified for TFC, the person who came in 2nd will take the free trip instead. That person is Sonic Fox.

With that being said in mind, The Road to TFC qualifiers are officially over.

2. Information about DOA1 Danger Zone. Yes, the Danger Zone is an infinite tier stage similar to Lost World and Ends of the Earth.

Remember in DOA1 when you had to pick a ring type based on a certain button press? The infinite tier stage of DOA1 Danger Zone has the traditional normal/danger panels, all normal panels, and all danger panels. If you land on the tier with all danger panels, the opponent that was pushed off the ledge will be launched high in the air, like how you KO someone on the danger panels.

Wall damage also counts as you fall on the danger panels.
DOA & VF Player, Virtua Kazama, at your service!!!!

Courtesy of DOAWorld for providing a translation for the Yosuke Hayashi interview:

1. Last Round is 65% complete (hence why it is called Version 0.65)
2. Balance adjustments will ensue
3. The game will not have cross-over play. Meaning that you will not be able to play with a PS4 player on PS3. Before anyone asks, all DLC can still be transferred from PS3 to PS4 or from 360 to ONE.
4. The Kagura cross-over will happen, but so far the only information revealed could be a costume that's top secret at the moment. Though the costume is rumored to have tearing properties which could be similar to Soul Calibur IV's.
5. Hayashi is thinking Dead or Alive 6, but not until the current-gen ages in strength.

Next, someone found this in DOA5 Ultimate Arcade and decided to take a photo of it. It looks like one of the new characters, but who knows? 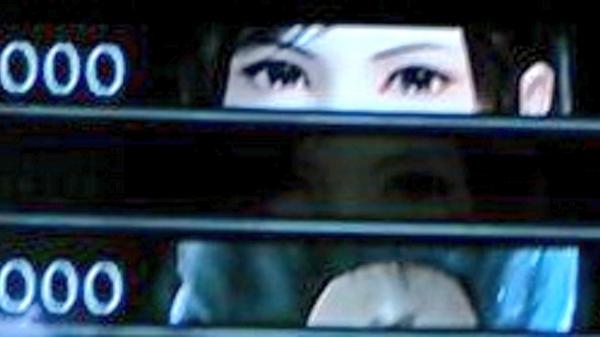 EDIT: That picture above me is fake. Ignore it.
DOA & VF Player, Virtua Kazama, at your service!!!!

I just have a bit of a question regarding the free to play version versus retail versions of DOA5.

Know the game has several characters, A training mode and an online mode. Know if the character you wish to main is among the characters offered for free in the free 2 play version, what exactly is the benefits of purchasing a full priced retail version?

Peace!
I'm the Pink Remy you fight on XBL
My Japanese PSN: KenshiroOfHokuto add me for J-stars matches!!
Top

legendarycurry wrote:I just have a bit of a question regarding the free to play version versus retail versions of DOA5.

Know the game has several characters, A training mode and an online mode. Know if the character you wish to main is among the characters offered for free in the free 2 play version, what exactly is the benefits of purchasing a full priced retail version?

I don't own a PS3, but I can answer that question

The F2P version gives you only 4 characters (Kasumi, Hayabusa, Hayate, and Ayane), a certain number of stages that are unlockable, a tutorial mode. However, you would have to pay for Story, characters, soundtracks.

The retail version gives you everything (except the new DLC characters that were released this year) from the start. If you have a save file or DLC coming from DOA5 Vanilla, all of them transfer over.

The DLC that you don't own on DOA5 will be unlockable in DOA5 Ultimate.
DOA & VF Player, Virtua Kazama, at your service!!!!

Chosen1 (a Brad Wong player and also he composed and performed "Showdown") announced that he is making another track for DOA5 Last Round. This time, he is reaching out to other members of the DOA community to hop on a track with him.

If anyone is interested, contact Chosen1 on the Competitive DOA FB page.
DOA & VF Player, Virtua Kazama, at your service!!!!

Alright guys, this is it!

All roads led to this. And now, The Fall Classic is this weekend! DOA5 Ultimate tournaments will be streamed by TeamSp00ky on Saturday and Sunday.

The EVO of 3D fighting games is among us guys! Join other fighters such as international DOA players, Katsuniken, Gehaktbal, test, and USA's DOA players consisting of Sorwah, Hoodless, Sweet Revenge, MASTER, Sonic Fox, Prince Adon, MC Kwiggle, Perfect Legend, and many more as they climb their way to the top!

EDIT: I almost forgot. To anyone that is going to TFC, there will be setups for DOA5 Last Round present there. They will be using the PS4 version of the game, and keep in mind that the game is 65% complete (hence why it's called Version 0.65)
DOA & VF Player, Virtua Kazama, at your service!!!!

I have some bad news.

Due to a family emergency, Katsuniken will not be competing at The Fall Classic for DOA5 Ultimate this weekend. It sucks, but at least we got two international players coming.
DOA & VF Player, Virtua Kazama, at your service!!!!

Emperor Cow returns once again with another combo video for DOA5 Ultimate, this time focusing on the funky DJ himself, Zack!

Can't wait for TFC. I think it's EST, so the times they have kinda sucks. Might have to wake up at 10am to get to the top 8s of KOF and/or BB.
|Ultimate Grappler Guide||SFxT Marduk Guide|
Spoiler: show
Little bitches get out, WE DON'T WANT NO SKINNY BITCHES!
We Want Big Booty Bitches, BIG BIG BOOTY BITCHES, OOOOOWP!!!

There was a tournament of champions that recently happened at TFC for DOA5 Ultimate. It was supposed to be streamed by Bifuteki, but it didn't happen because of the hotel's Wi-Fi was too weak. The tournament featured the 6 players that has won D.I.D. 10, Summer Jam, GUTS3, and Cali Crush. The good news is that the videos will be on Bifuteki's YouTube page.

Return to “Dead or Alive 5 Last Round”